Do you dream of exploring outstanding heritage sites?

Retrace the history of our ancestors through the places classified as UNESCO World Heritage sites. The time-travel machine will transport you to the 20th century, which has a unique architecture. Take another step back in time, and you’ll arrive in the Middle Ages, with churches being built and a line of pilgrims stretching back for miles. Travel even further back and imagine prehistoric humans, living by the lakes and in caves.

These cultural and natural treasures represent an incredible heritage of the past that is worth protecting and passing on to future generations. A quick overview of these incredible places

The historic city of Lyon

From the Notre-Dame Basilica of Fourvière, which overlooks the city, to the narrow traboules (passageways) that criss-cross the old town, Lyon is an outstanding example of urban development. Discover the former capital of Gaul, and if you look up, there are numerous architectural gems spread across the entire city. As you wander through the narrow streets of Vieux Lyon, you will travel through several centuries of urbanisation and cultural tradition. Each square and district has its own unique atmosphere: the wealth of heritage is so great that each façade, window and traboule is an opportunity for discovery.

The settlements on stilts around The Alpine lakes Envisage and understand the villages on stilts spread along the banks, as you dive into the past and discover the way of life of these prehistoric villagers. Let’s set the scene… Wooden cabins on stilts overlooking the lake. The setting is idyllic, but don’t forget that life is above all governed by nature! Every day, the men set off to go fishing, hunting or gathering fruit and berries in the wilderness. Perhaps one of the lesser known UNESCO sites, the ‘palafitte’ (on stilts) sites are particularly well-preserved remains and have an inestimable archaeological value. Dating from around 50000 to 500 B.C. , they give an insight into the villagers’ daily lives. The Region has 9 sites, several of which are by the Lac du Bourget, especially in the northern part close to Châtillon Bay.

Complete your guided tour of the 7 Michelin-starred restaurants with the best view over the Rhône-Alpes.

The decorated Pont d’Arc Cave, known as the “Chauvet Cave”

Located near the twists and turns of the Ardèche, this cave houses the oldest wall paintings known today. Discovered in 1994, it is one of the most extraordinary examples of prehistoric art: over 1000 paintings have been discovered here! Closed to the public, an exact replica was opened in 2015, so that we can enjoy this gem without damaging it. At the back of the reconstituted cavern, the paintings can be seen through a striking game of light and shadows. Animals appear gradually before your eyes. The damp and musty smell of the cave is striking. As you wander around, admiring the frescoes painted in red ochre, you will be moved as you imagine the lives of our ancestors in this same place.

The buildings of the way of Saint James

Since the Middle Ages, the Cathedral of Santiago de Compostela has been one of the most important pilgrimage destinations in Europe. On the paths leading there, numerous religious buildings have been constructed; nowadays, they are as many impressive monuments to see en route. In Auvergne, the Roman basilica of Notre-Dame du Port in Clermont-Ferrand is one such gem. Its almost-perfect architecture and balance can also be found in the Notre-Dame Cathedral and Hôtel-Dieu Saint-Jacques in Puy-en-Velay. Under the arches and capitals, the masons’ passion is clear.

The architecture of Le Corbusier

During the 20thcentury, the Modernist Movement, of which Le Corbusier was one of its most famous members, revolutionised building design techniques. Masterpieces of human ingenuity, these buildings remind us of a new architectural vision. At Firminy, in the Loire, the Maison de la Culture challenges the technical limits of architecture. Its slender profile, with a roof supported by cables, bears witness to the visionary spirit of Le Corbusier. A new vision that can also be seen in the Tourette Convent in Eveux, the last great work by Le Corbusier in France.

Take a moment to immerse yourself in an unspoilt wilderness, with its vast expanses, peaks and huge forests. The calls of birds of prey are surprising, and provide a reminder of the diverse wildlife crouching in the undergrowth as you approach. Learn to watch closely and keep an eye out for animals, birds and insects hidden in the flowers. The tales of your geology-expert guide will help you learn more about the incredible richness of this geo-park. You will realise the importance of protecting and passing on these spaces for future generations. In Auvergne Rhône-Alpes, 3 geo-parks await, both for visiting and protection: the Monts d’Ardèche, Chablais and the Massif des Bauges. 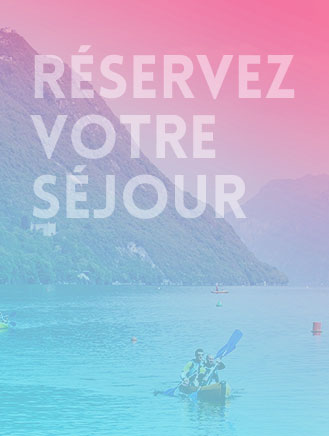